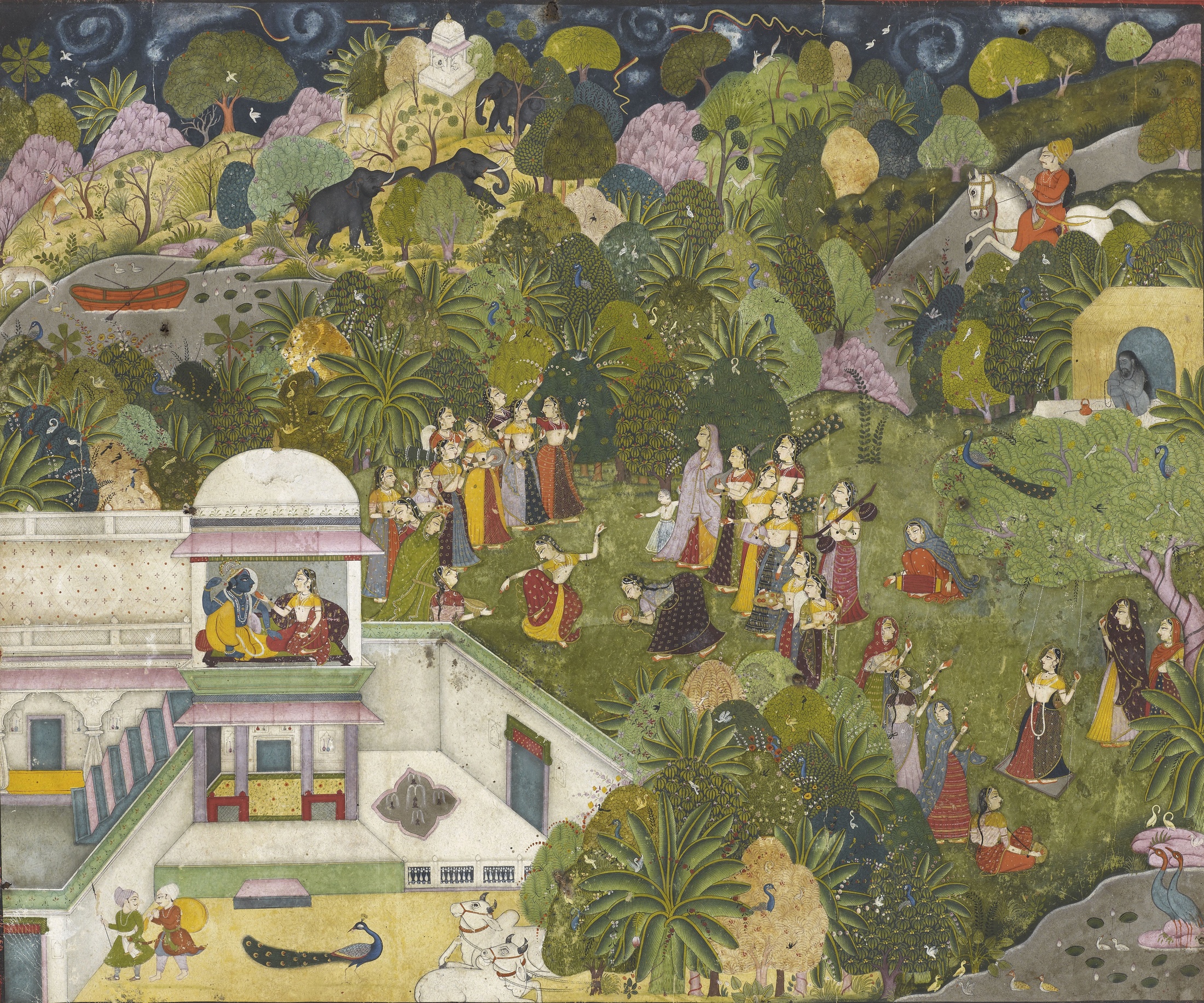 This exuberant painting, overflowing with fecundity and energy, visually describes the atmosphere and activities of the rainy months of Sravana (July-August) and Bhadon (August-September), both of which are named in the inscription in the upper border. It is full of lyrical and sensual imagery and the stormy sky, with lightning flashing over the lush jungle filled with birds and animals, lends a further level of intensity. In a palace pavilion,  lower left, Krishna and Radha, symbolising spiritual union, dally romantically while a group of women, children and musicians dance and play in a forest clearing outside the walls. Meanwhile, a princely figure on horseback rides into the scene through the jungle at upper left and an ascetic meditates outside his forest hut.

The description of the months Sravan and Bhadon by the 16th century poet Keshav Das provide the literary context, and almost every aspect of the poetic description is depicted visually here, showing a close connection between the two:

The streams look so lovely as they rush to meet the sea
The creepers enchant the eye, embracing young trees lovingly
The lightning flashes restlessly as she sports with the rolling clouds
The peacocks with their shrill cries announce the mating of earth and sky
All lovers meet in this month of Sravan

The purple clouds are gathering, the thunder rolls and rain pours in torrents
The wind blows fiercely, the cicadas chirpThe lions roar and elephants fell the trees

Pray leave me not in the month of Bhadon, for separation pains like poison