The Abbott falls into the River Drance, Switzerland 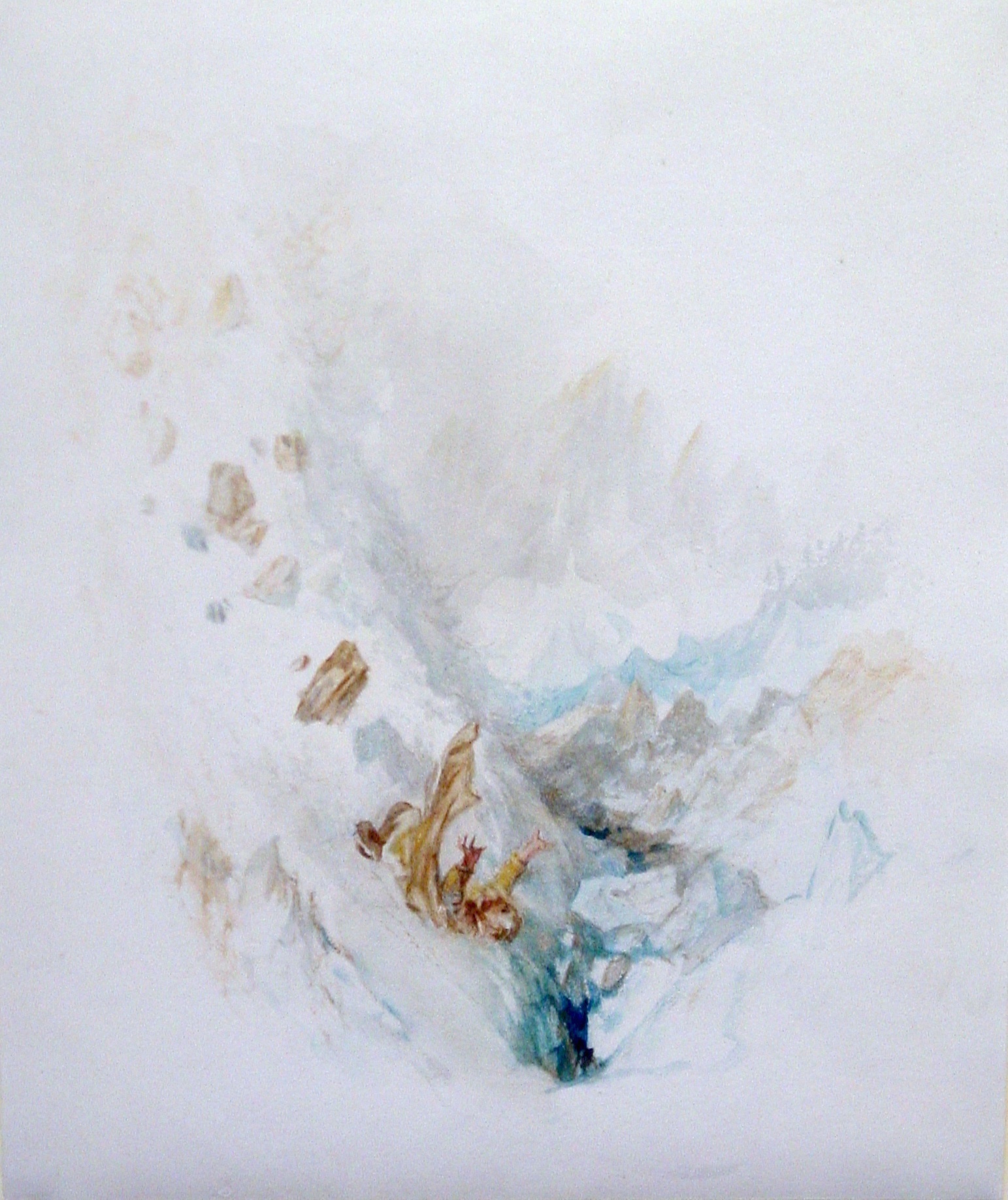 Turner was commissioned to illustrate editions of many of the great authors  ­- Byron and Scott above all - as well as others whose contemporary fame is now forgotten. Of these writers, the banker and amateur poet Samuel Rogers was determined that Turner, together with Thomas Stothard, should provide watercolours to be engraved for a new edition of his narrative poem Italy. Published in 1830, it was one of the great publishing successes of the day. Turner's exquisite illustrations form a remarkable contrast with his great oil paintings and demonstrate his versatility and sense of perfectionism, for he supervised every minute detail of the reproductive process. Known as vignettes, the term has come to mean an illustration which was not rectangular, had no border, and which might shade away at the edges. His watercolours for Italy were in no sense direct illustrations of Rogers's text, but were inspired by particular passages. Over the Drance, c.1827, which was not in the end used for Italy, has a humorous quality. Rogers is recalling his own journey through the Alps to Italy, in the footsteps (he liked to think) of Hannibal and Napoleon, and here over the valley to the Drance, a tributary of the Rhone:

A track for Heroes, such as He who came

And (if alright I judge from what I felt

Over the Drance, just where the Abbot fell,

Rolled downward in an after-dinner's sleep)

Humorous as Turner's Vignette is, as the Abbot tumbles headlong, he himself had experienced the real perils of crossing the Alps, which he must have surely had in mind.

In a postcard-size image, Turner has conveyed the sense of mountain grandeur and man's puny inability to resist the forces of nature.

This watercolour belonged to John Ruskin, who maintained that the gift to him at the age of thirteen of Turner's illustrated edition of Rogers's Italy was responsible for 'the entire direction of my life's energies' as Turner's greatest advocate.