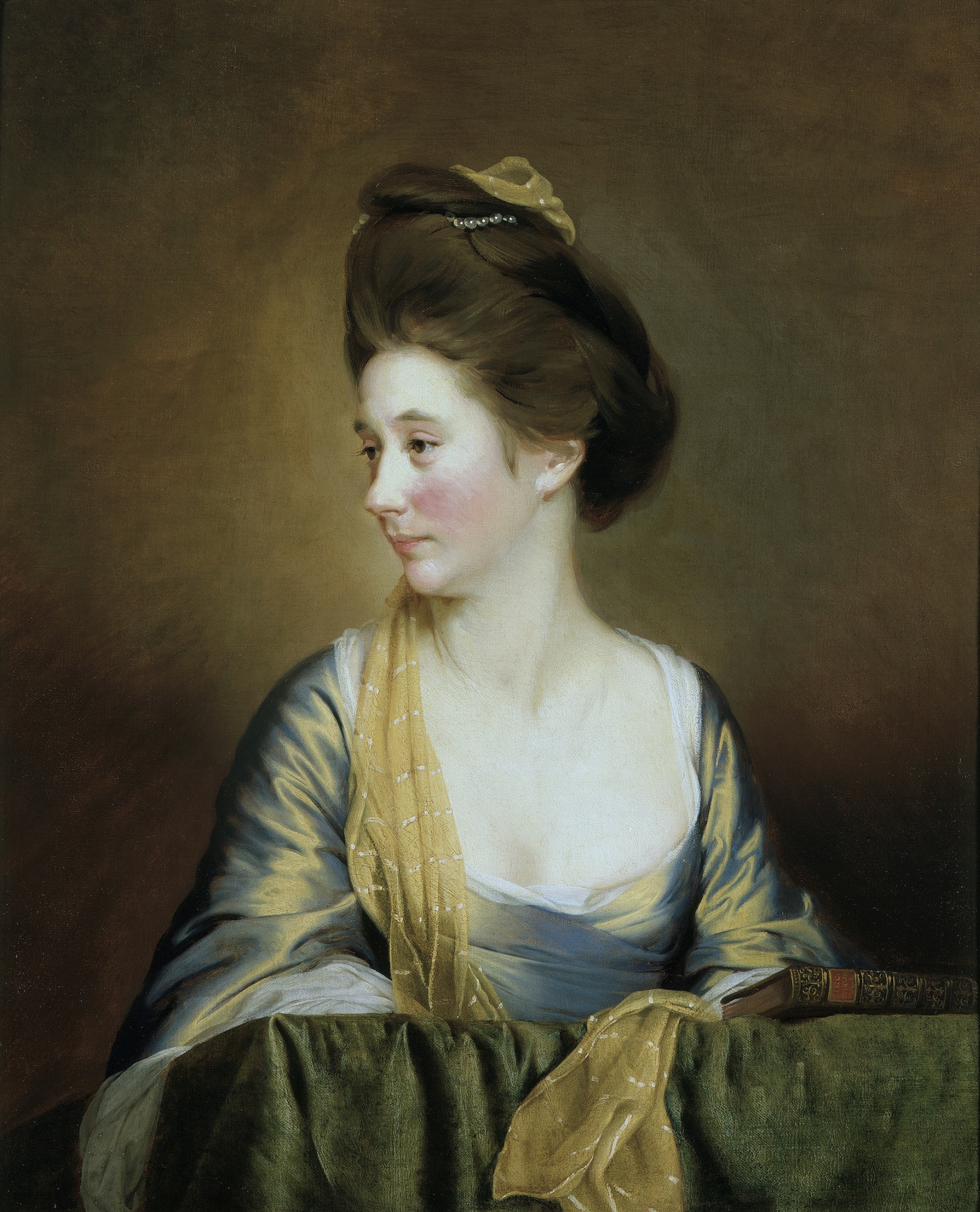 Harmoniously coloured and elegantly composed, Susanna Leigh ranks among the most compelling female portraits of Wright’s early maturity. The sitter, the daughter of Edward Trafford, Mayor of Liverpool, married John Leigh (1731-1806), a magistrate, of Oughtrington, near Lymm, Cheshire, not far from Liverpool, in 1762. This portrait descended in their family.

Wright painted Susanna Leigh at the age of thirty-three, a year after the birth of her first child. Her three-quarter pose, simple gown and upswept hair arranged with pearls and striped scarf recall Wright’s portrait of Mrs Catherine Swindell – possibly also a Liverpool sitter – of much the same date.

Wright’s portrait of Susanna Leigh dates from the exceptionally productive period in which he worked in Liverpool, when he revised his manner and techniques of painting, and encountered some of his most talented pupils and patrons. He remained in Liverpool for the better part of three years, developing the distinctive palette to be seen in the present work’s butter-yellow and salmon-pink flesh tones. In Liverpool, Wright found the success that had hitherto eluded him, prompting a rival portraitist to lament ‘Mr Wright, a famous painter from derby, is here, who swallows up all the business’ (Peter Romney to William Cockin, 5 November 1769, National art Library, V&A).