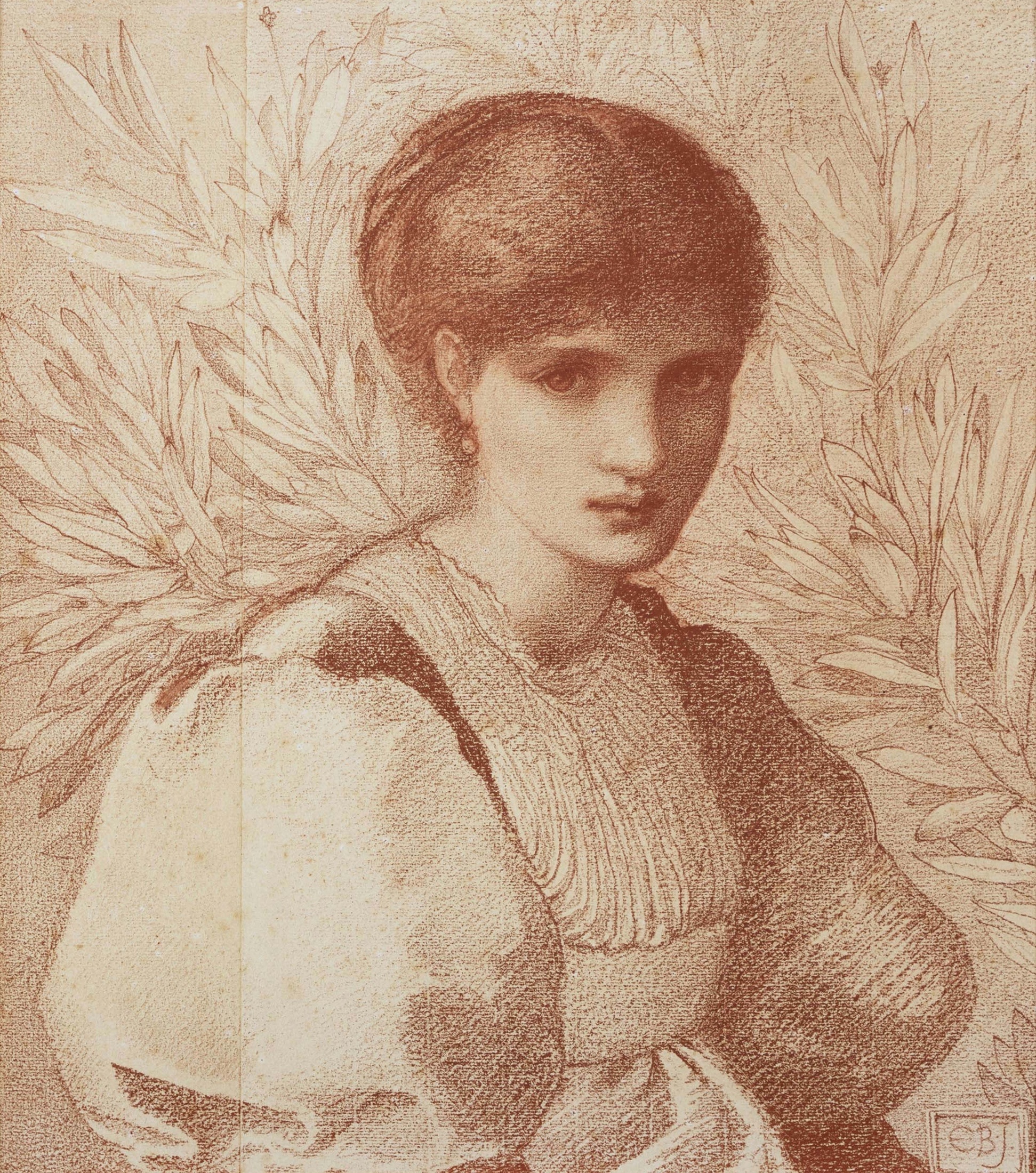 This remarkable red chalk drawing, which has been in a private collection for the last

40 years, was made by Burne-Jones in the mid-1860s.  Augusta Jones was his favourite

early model whom he described in his Memorials as ‘a noble looking girl’.  She was the

sister of Mary Sandys, the common-law wife of the painter Frederick Sandys (1829-

Princess in the Garden, painted in 1866, and now in the Musee d’Orsay, Paris.  She also

been acquired by the National Trust for Wightwick Manor (see Burlington Magazine,

the sitter.  In this drawing, Burne-Jones has combined the beauty and grace of the

model whilst making her a thoughtful and psychologically interesting sitter.