Figure Study for ‘The Car of Love’ 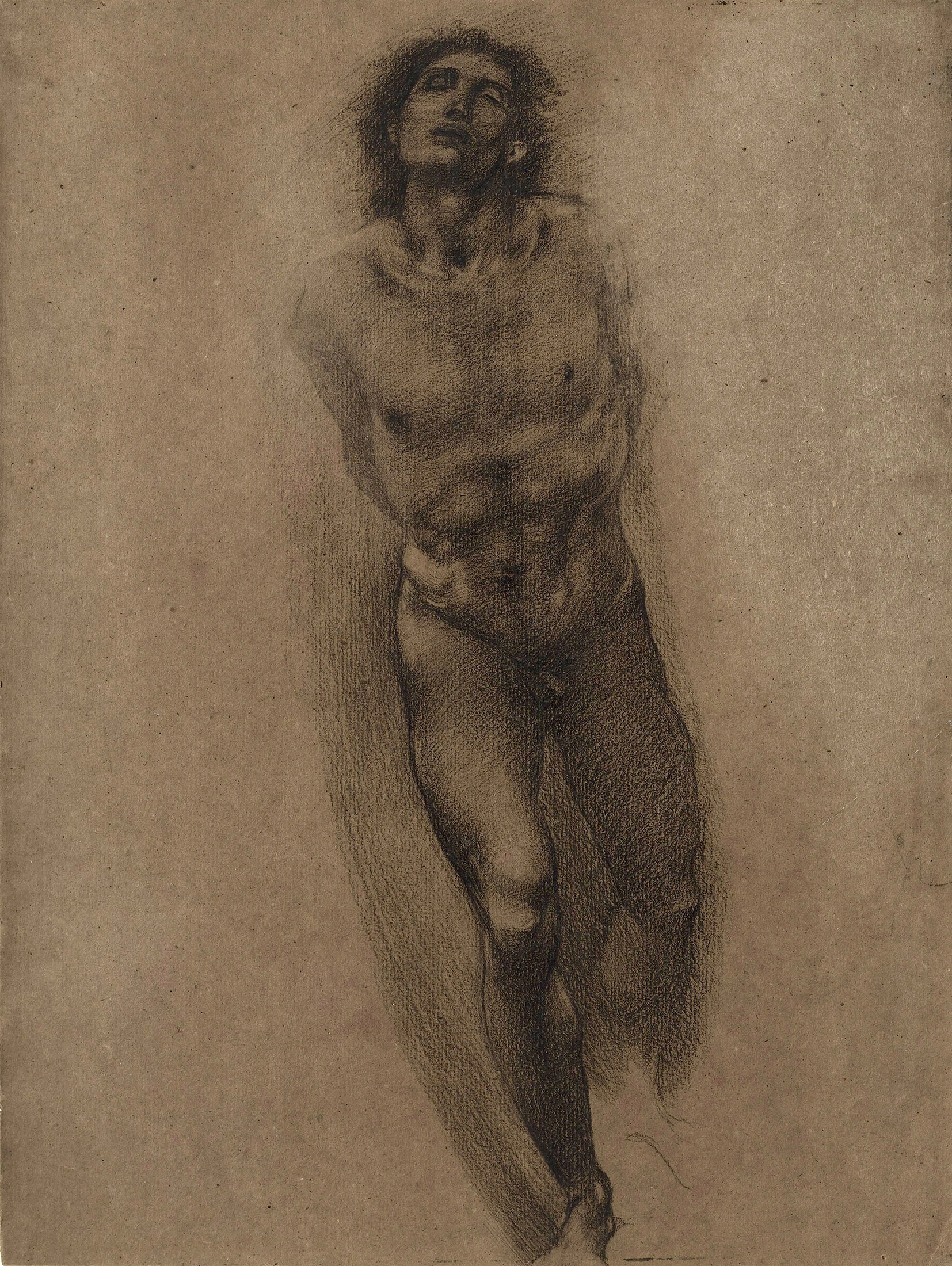 This powerful single figure by Burne-Jones is a study, with minor differences, for Cupid in The Car of Love at the Victoria and Albert Museum.

The triumphal procession of Love was a common theme in Medieval and Renaissance literature and art. However, the specific basis of Burne-Jones's composition in The Car of Love is a long allegorical poem by the 14th-century Italian poet Petrarch, the Trionfior Triumphs. The poet has a vision of a number of victorious pageants or triumphal processions, in which historical, Biblical or mythological figures take part. The first triumph is that of Love over the human heart; the next is Chastity, which triumphs over Love; followed in turn by Death, Fame, Time, and finally Eternity, which triumphs over all.

In the painting hanging in the Victoria and Albert Museum, Burne-Jones shows Cupid, the god of love, being pulled on a great chariot down a narrow city street by a crowd of men and women. The architectural background is based on the narrow streets of Medieval Siena. Burne-Jones first conceived the idea for The Car of Love in 1871 or 1872, but work on the large painting in the V&A did not begin until the early 1890s. It was left incomplete at Burne-Jones's death in 1898. There are also three further black chalk figure studies for the painting in Auckland. An earlier design, probably the sketch referred to in Memorials, pp. 191-2, as 'a black rough charcoal thing done in a heat one evening', is in Falmouth Art Gallery.

This study is undeniably one of Burne-Jones’s most powerful drawings of a single figure. The size of the drawing is larger than most of Burne-Jones’s formative studies for larger oil paintings. The large size and strength of the figure in motion separates this study from his other figurative studies and it is clear that Burne-Jones conceived this as a work of art in its own right as opposed to a preliminary, working drawing.