Portrait of Bartholomew, the artist’s son 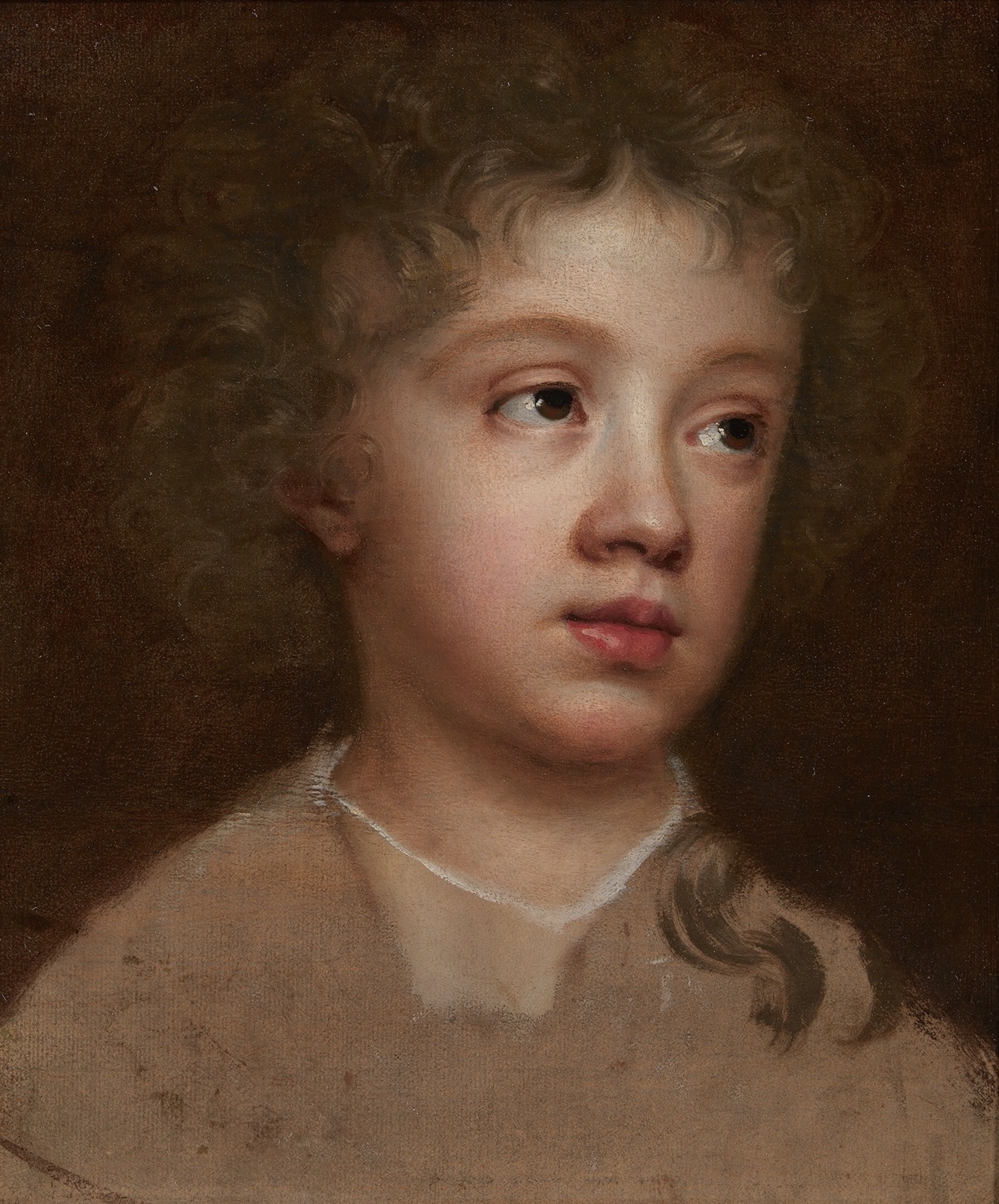 Tabitha Barber, Mary Beale: Portrait of a Seventeenth-Century Painter, her Family and her Studio, London, 1999

This free and spontaneous oil sketch of a young boy is of Mary Beale’s eldest son Bartholomew, who was baptised in 1656. The sketch relates very closely to two other sketches of Bartholomew in the Tate.

His appearance, both in age and costume, is very similar to that in Mary Beale’s self-portrait with her family (Geffrye Museum, London), painted c.1659–60, before the birth of her youngest son Charles. Whether these sketches are connected to the production of the Geffrye Museum portrait, or were simply executed at around the same time, is not known. They are painted in oil on paper, which seems to have been a feature of Beale’s working method in the early 1660s but is not known in her later career, when she made preparatory sketches in chalk on paper or in oil on canvas (see, for example, Portrait of a Young Girl c.1679–81, Tate T06612).

When this sketch was made, the Beale family was living in Hind Court, off Fleet Street in London, where Mary Beale’s husband, Charles, was employed as Deputy Clerk of the Patents Office. It is difficult to determine whether Beale had much of a commercial portrait practice at this date, but documents certainly record the production of portraits of family and friends. In her ‘painting room’, Beale had ‘pencills [sic.], brushes, goose & swan fitches’, as well as ‘quantities of primed paper to paint on’ (George Vertue, transcription of Charles Beale’s 1661 notebook, now lost, quoted in Barber 1999, p.16).

In the 1670s, with his younger brother Charles, Bartholomew assisted his mother in her commercial painting studio in Pall Mall, executing feigned stone cartouches in head and shoulder portraits as well as painting drapery. However by 1680 he had abandoned painting in order to pursue a medical career and was studying at Clare Hall, Cambridge.

Mary Beale was the favourite pupil of Sir Peter Lely and one of Britain’s first professional female artists.