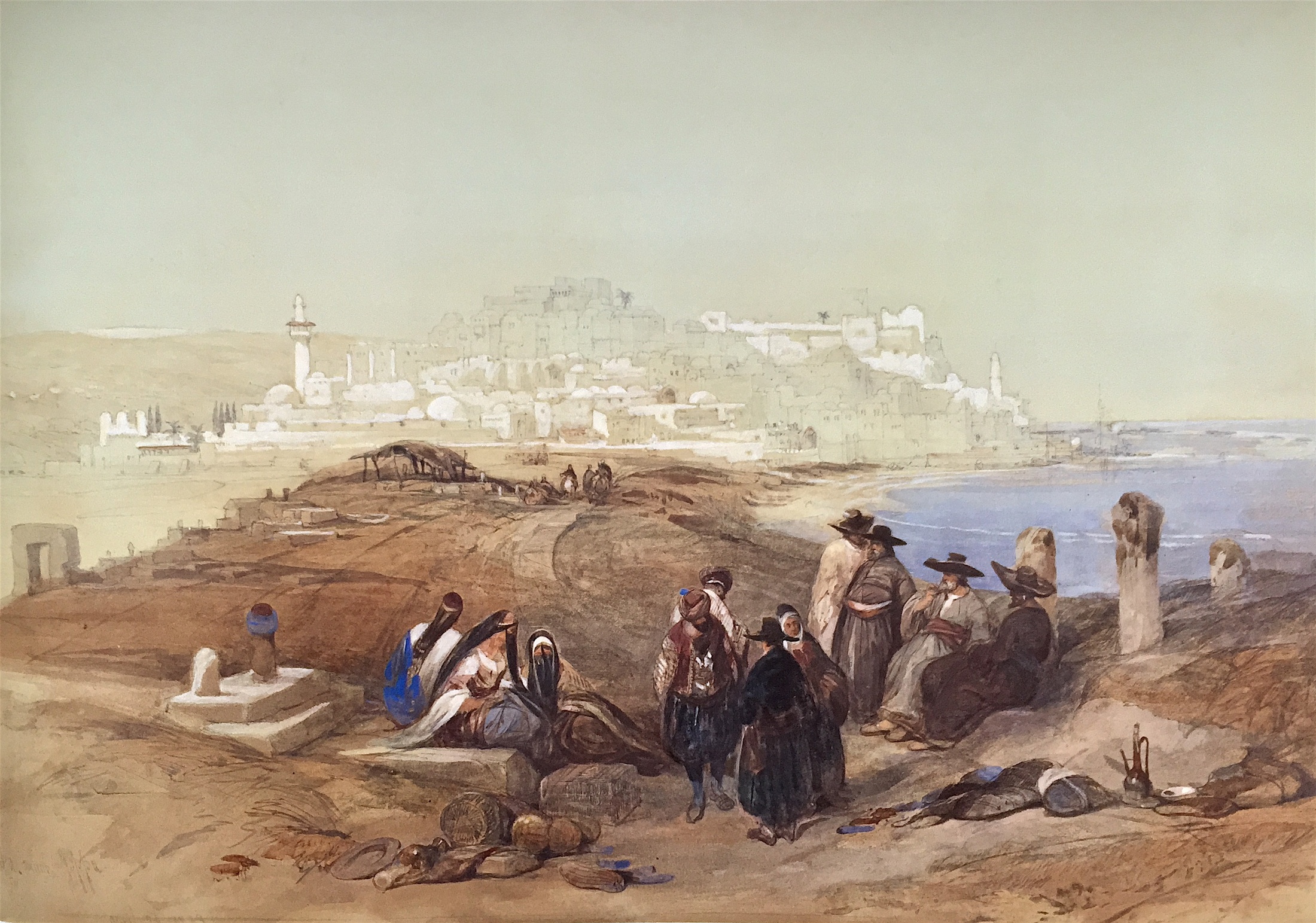 Roberts returned to England from his extensive and arduous tour of Egypt, Palestine and Syria in July 1839 with his collection of 272 watercolour sketches, ‘one of the richest folios that ever left the East’.  Having persuaded Francis Graham Moon to take on the publication, he set about re-drawing these sketches for the lithographer, Louis Haghe.  This watercolour is an exceptionally fine example from this remarkable and successful second series, the foundation of Roberts’s fame.  The composition, with its unusually large and varied group of figures in the foreground, and its diagonal sweep of land drawing the eye towards the town of Jaffa in the background, is particularly effective.  It is further enlivened with touches of local colour, notably the collection of objects and the Muslim tomb in the foreground, and by the varied silhouette of flat roofs, domes and tall minarets of the buildings of the town on the promontory beyond.

Roberts had arrived in Jaffa on 25th March 1839, noting in his Journal the following day: ‘The approach to it is beautiful.  It is surrounded by orange groves and is situated on the brow of a hill sloping towards the sea.  A wall surrounds it’.  His sketch of Jaffa from the north, on which the later and larger watercolour was based, was made and dated on 26th March.  It includes a camel caravan instead of the figures that he introduced into the later version, and the viewpoint is from slightly further away.  The next day, aided by the local Consul who provided eight horses, Roberts and his party continued their journey on towards Jerusalem.

Among the several historical associations with the location included in the letterpress accompanying the two lithographs of Jaffa in the Holy Land series, is a reference to the disastrous end to Napoleon’s campaign in Syria, ‘the casualty which compelled him to remodel his plan of empire’. “That campaign,” said he, “cut asunder the chain which I would have twisted round the East – it broke my spell – it forced me to turn my face to Europe”.’